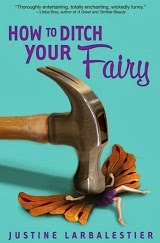 Justine Larbalestier (born 23 September 1967)
A young-adult, speculative fiction author, "best known for the novel Liar. She is also a critic, concentrating on feminist science fiction, and a participant in science fiction fandom" (Wikipedia)

Fiction
• At Author's Site: "The Mark" [via Free Speculative Fiction Online]
"Michelle and her two friends saw the young man walking down the broad stone steps of the Fleet Stairs. He paused when he reached the bottom, and for a moment she thought he might turn and see the three of them sitting on the grass watching him. Instead, he jumped the last few steps, crossed the foreshore path in two large strides, before hoisting himself onto the squat stone wall and sitting with his back to the three school girls, his legs dangling above the harbour water and rocks below"

• At Strange Horizons: "The Cruel Brother"
"For all that the witch was dead, and her fortune now their own, they were a long time leaving the forest. Years and years passed between the moment they first saw her glistening home and their return to kith and kin. By then, the two could hardly get through a day without each other close by. They loved each other as brother and sister should, and much more besides." 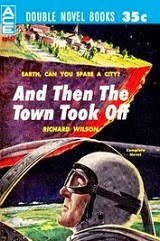 Richard Wilson (23 September 1920–1987)
A Nebula Award winning and Hugo Award nominated Science Fiction writer, Wilson is best known for his numerous short stories, primarily in the 1950s, but continuing until his death in 1987.  He was a member of the Futurians and some of his fiction is freely available.


• And then the Town Took Off. Science Fiction. 1960.
"The town of Superior, Ohio, certainly was living up to its name! In what was undoubtedly the most spectacular feat of the century, it simply picked itself up one night and rose two full miles above Earth!"

• "Double Take" Science Fiction. 1954.
"The barn turned out to be a spaceship in disguise, and that was only the beginning. Before his strange adventure ended, young Paul Asher found himself going around in circles—very peculiar circles indeed!"

• "The Inhabited" Science Fiction. 1953.
"Containing a foe is sound military thinking—unless it's carried out so literally that everybody becomes an innocent Trojan Horse!"