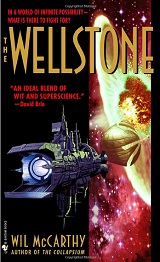 Wil McCarthy (born September 16, 1966)
A Nebula Award nominated science fiction novelist, and the science columnist for Syfy, McCarthy's stories range from near future SF to grandiose interstellar wars.  His website is here.  A few of his stories are freely available.


Fiction
• At Author's Site: "Amerikano Hiaika" Science Fiction. 1990.
"Sidewalk crowds surged against him as he made his way down the street, and he resisted the urge to grab his head in both hands and scream himself blue. His clothing reeked of sweat and grime and sake, and was dark with accumulated soy-sauce stains. His body was reedy and thin. His brain was a messy Tanner/Geist jumble of thoughts and memories that didn't match up. His narrow arms were achingly sore, speckled with punctures and 'derm bruises."

• At Lightspeed: "The Necromancer in Love" 2007.
"The young necromancer is a blight on the social landscape, because when his sweetheart meets with an untimely interruption of service (don’t they all? don’t they always?), he’s bound to do something the rest of us regret."

• At MikeBrotherton.com: "The Freshmen Hook Up" 2009.
"Living the entirety of their lives in puddles of water, the Bitomites of Kosm are creatures of abiding simplicity, with an immune system best described as “reluctantly promiscuous”, and with few of the refined attributes we expect from Standard Model signatories.  Nevertheless, their lifetimes are among the longest known, limited only by their mating habits, which are themselves so complex and so singular as to merit a treatise of their own, which you currently hold in your attentive hands."

Audio Fiction
• At Author's Site: The Wellstone.
"For the children of immortal parents, growing up can be hard to do. A prince will forever be a prince--leaving no chance for Bascal Edward de Towaji Lutui to inherit his parents’ throne. So what is an angry young blue blood to do? Punch a hole in the shadow he’s been living in by rallying his equally disgruntled companions to make an improbable spaceship, busting out of the so-called summer camp in which their parents have stowed them and making a daring escape across the vastness of space." 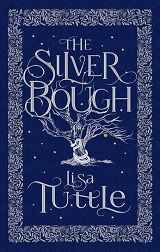 Fiction
• At Arcor: "Meeting the Muse" from Fantasy and Science Fiction. April 1996.
"As a child she had seen his face for the first time in black and white, hardly bigger than a postage stamp: young poet said a line below the grainy dots of newsprint. So this was a poet, she thought, gazing at the shadowy representation of dreamy eyes and shaggy hair, tinglingly aware that something had entered and lodged in her heart, like the Snow Queen's love for little Kay."

• At Lightspeed: "The Dream Detective" 2013.
"I don’t know if it was intentional on her part, and honestly, I’m not the sort of dick who always judges women on how hot they are, but if there’s any situation in which a person’s attractiveness matters, I think everybody would agree it’s a blind date."

• At Revolution: "Woman Waiting" Science Fiction. 1976.
"In Leigh there was a lurching, a simultaneous reaching out-in pity-and a drawing back-in frightened disbelief: this boy and his surroundings did not belong."
Posted by Dave Tackett at 1:30 PM