Celebrating the Births . . . Pat Cadigan and Emily C. A. Snyder 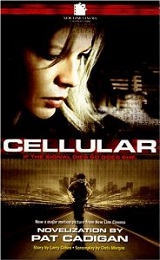 Pat Cadigan (born September 10, 1953)
Nominate for multiple Hugo and Nebula Awards, as well as a World Fantasy Award, Cadigan is a very successful science fiction / cyberpunk writer whose "novels and short stories all share a common theme of exploring the relationship between the human mind and technology." - Wikipedia.  Fortunately several of her story are freely available.

Fiction
• At Lightspeed: "After the Days of Dead-Eye ‘Dee"
"The thing moved awkwardly, as though it were used to much different terrain. She could see it a lot better from the kitchen window than from upstairs, where she’d watched it the previous two nights. She hadn’t been able to tell much about it at all, not even whether it was worth creeping downstairs to phone the sheriff about. But tonight she’d get a good look at it, see if it were man or beast, and then she’d know what to do. Maybe."

• At Lightspeed: "Nearly Departed"
A broad smile oozed over NN’s saggy features as he reached for a cigarette. He was smoking those lavender things again. They smelled like young girls. “What’s the matter, Allie? Are you scared of a dead person’s brain?”

• At More Red Ink: "The Taste of Night"
"The taste of night rather than the falling temperature woke her. Nell curled up a little more and continued to doze. It would be a while before the damp chill coming up from the ground could get through the layers of heavy cardboard to penetrate the sleeping bag and blanket cocooning her."

• At Strange Horizons: "Home by the Sea"
"Limbo ocean. Man, did we hate this when I was a commercial fisherman," said a man sitting at the table to my left. "Worse than fog. You never knew where you were."

Audio Fiction
• At StarShipSofa: "Life on Earth"
No Description

• At Escape Pod: "Roadside Rescue"
“That’s a long time to wait.” The navigator’s smile widened. He was very attractive, holo-star kind of handsome. People who work for aliens, Etan thought. “Perhaps you’d care to wait in my employer’s transport. For that matter, I can probably repair your vehicle, which will save you time and money. Roadside rescue fees are exorbitant.” 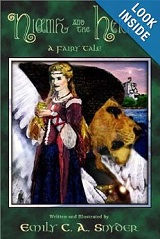 
Fiction
• "If We Shadows Have Offended" Fantasy. 2000.
"Miriam thought nothing of bragging in the local bar about how she stole from the sidhe court. But she never paid close attention to just who was listening." Good scanned pages from Marion Zimmer Bradley's Fantasy Magazine.
Posted by Dave Tackett at 1:32 PM