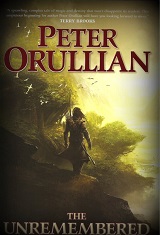 
• "Sacrifice of the First Sheason" Fantasy.
"introduces a world of long, tragic history in which there are no easy answers, and many mysteries that will be revealed, each in its own time"

• "The Great Defense of Layosah" Fantasy.
"Layosah Reyal sat at her kitchen table across from the two visitors, and ignored them. In her arms, her baby started to cry. She whispered softly to Audra to sootheher, as the two soldiers from the Recityv army patiently waited."

•  "The Battle of the Round" Fantasy.
"Maral Praig knelt beside the bleeding soldier and examined his wounds. A sword or spear had punctured the man’s gut several times. He would die if Maral did not heal him. But to make the lad whole—if it could be done at all—would cost him greatly; he’d have to use much of his own spirit to do it"


• At Terry Brooks.net: "A Creed, a Word, and a Blade of Grass" by Peter Orullian. Fantasy.
"The familiar glow of candlelight was the only companion allowed to Ja’Nene Lorashe in the private library of the League of Civility. At the canted surface of a semi-circular desk, she sat carefully examining passages from damaged texts. The words written on the old parchments proved hard to read by candlelight."

Webisodes
• At Author's Site: "Cradle of the Scar"
"And I wrote this six-part webisode series entitled "Cradle of the Scar" with a particular idea in mind. I wanted to write more about the Scarred Lands in the world of The Vault of Heaven. And I also wanted to try my hand at pivoting several unique points of view around the same event, much like the film Vantage Point." 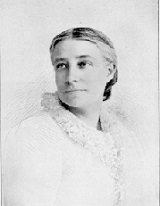 Elizabeth Stuart Phelps Ward (1844–1911)
"She was one of the first American feminist authors and intellectuals to publish several books that challenged traditional Calvinist upbringing. Immediately after the Civil War, she published The Gates Ajar in 1868. It interpreted the afterlife as a place where families meet and live together rather than meet God and was tremendously popular." - Wikipedia.. He primary contribution to spaeculative ficti was through her ghost stories, including the popular "Kentucky Ghost" contained in Men, Women, and Ghosts.

Fiction
• At Project Gutenberg: Men, Women, and Ghosts 1869.
"It was somewhere about twenty years ago last October, if I recollect fair, that we were laying in for that particular trip to Madagascar. I've done that little voyage to Madagascar when the sea was like so much burning oil, and the sky like so much burning brass, and the fo'castle as nigh a hell as ever fo'castle was in a calm; I've done it when we came sneaking into port with nigh about every spar gone and pumps going night and day; and I've done it with a drunken captain on starvation rations"