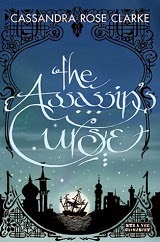 Cassandra Rose Clarke (born 21 September 1983)
A young, up and coming genre author, both YA and adult, Clarke already has at least five published novels.  Some of her shorter works are freely available.


Fiction
At The Colored Lens: "Farrago" by Cassandra Rose Clarke.
"They had a new girl working the shoe rental. As Henry paid the twenty bucks for his three rounds (the owner liked him, liked that he was a cop, so he gave Henry a discount), the girl glided in front of the row of shoes, passing it over with the buzzing decontamination stick, the glow staining her hands pale blue."

At Daily Science Fiction: "Clem" Science Fiction.
"When Clem died, I took to eating my lunch in the office with the computer. No one ever went down there except Clem. I couldn't stand the thought of the break room, all the conversation stopping when I appeared in the doorway."
At New Myths: "Ecosystem"
"I work on the seventh floor of an office building in downtown. The city is new, and all the buildings are made of glass and metal and they shine like broken mirrors in the summer sun. I'm a secretary for an engineering firm, although my official title is administrative assistant."

At Strange Horizons: "The Space Between Stars" Science Fiction.
"They used to let me fly into Las Vegas on Fridays, for the weekend. Twenty minutes skimming just below the surface of the air before descending into the grid of neon lights that blinked and shimmered in the disappearing daylight. I always sat next to a window and watched the city appear light by light, my ears popping. There are no flights to Las Vegas anymore." 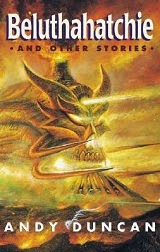 
• "Close Encounters"
"She knocked on my front door at midday on Holly Eve, so I was in no mood to answer, in that season of tricks. An old man expects more tricks than treats in this world. I let that knocker knock on. Blim, blam! Knock, knock! It hurt my concentration, and filling old hulls with powder and shot warn’t no easy task to start with, not as palsied as my hands had got in my eightieth-odd year."

•  "Slow as a Bullet"
"You’re too young to remember Cliffert Corbett, I reckon, but he was the kind that even if you did remember him, you wouldn’t remember him, except for this one thing that I am going to tell you, the one remarkable thing he ever did in his life. It started one lazed-out, dragged-in Florida afternoon outside the gas station, when we were all passing around a sack of boiled peanuts and woofing about who was the fastest."


• At Infinity Plus: "Fortitude"
"My life started over on May 14, 1916, in a hut in the foothills of the Sierra Madre, between Rubio and San Geronimo, about 300 miles south of El Paso."

• At Tor.com: "On 20468 Petercook" Science Fiction.
"about Stanley and George, two resolute employees of Trans-Space Enterprises tasked with adjusting reflective sheets on solar sails attached to asteroids, miniature planetoids, and the like. It doesn’t seem like an exciting life, but perhaps you’re simply not realizing the full dramatic potential of two mates sitting amongst asteroids, adjusting sails."


Audio Fiction
• At Escape Pod: "Fenneman’s Mouth" Science Fiction.
"The studio audience laughed loudly, as it always did when Groucho turned, in mock desperation or annoyance, to his long-suffering, hopelessly square announcer. Groucho’s voice slightly increased in pitch whenever he said Fenneman’s name, as if he were just at the edge of losing his celebrated cool"


• "Grand Guignol" Fantasy.
"The instant I hefted the sack, I knew. A director senses these things. Yet to appease Charles, I dutifully hefted each eyeball, rolled it in my fingers, inspected it, flung it to the floor. Not one bounced — not one! Smack, smack, smack, like so many eggs. They surrounded my desk, gazing up at my shame."

• "Senator Bilbo" Fantasy.
"The Senator jotted down Appledore’s name without pause. He could get a lot of work done while making speeches – even a filibuster nine hours long (and counting)." 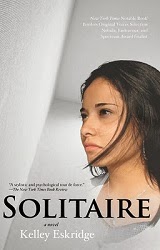 Kelley Eskridge (born 21 September 1960)
Thrice nominated for Nebula Awards, Eskridge is a wll-known speculative fiction writer whose writing "is associated with the more literary edge of the category, as well as with the category of slipstream fiction." (Wikipedia)


Fiction
At Author's Website:
• "Strings"
"After the final bows, she stood behind the narrow curtain at the side of the stage and watched the audience eddy up the aisles to the lobby and the street and home. She could tell by their gentle noise that the current of the music carried them for these moments as it had carried her for most of her life."

• "And Salome Danced"
"They’re the best part, auditions: the last chance to hold in my mind the play as it should be. The uncast actors are easiest to direct; empty stages offer no barriers. Everything is clear, uncomplicated by living people and their inability to be what is needed." 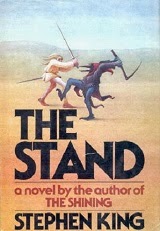 Stephen Edwin King (born September 21, 1947)
Come on, you know him; I don't really need to write anything here except to say he is the winner of 2 World Fantasy Awards, and has numerous more awards and nominations. A couple of his stories are freely available.


• "The Mangier"
"In the Middle Ages the ancient custom of naming inanimate objects reached its peak. Medieval people had proper names for their houses, jewels, swords, ships, bells, and war machines, as if these objects were imbued with their own special life. Some of this has trickled down to our own "modern" times."

• "The Cat From Hell"
"Its face was an even split: half black, half white. The dividing line ran from the top of its flat skull and down its nose to its mouth, straight-arrow. Its eyes were huge in the gloom, and caught in each nearly circular black pupil was a prism of firelight, like a sullen coal of hate." 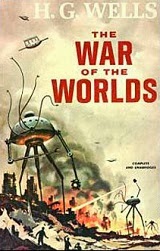 Herbert George "H. G." Wells (21 September 1866 – 13 August 1946)
One of the first great science fiction writers, Wells popularized the alien invasion story with War of the Worlds, as well as time travel with the Time Machine.  Even today, these, and other, works by Wells have a strong influence on the science fiction genre.