Whew!  Quite a few great writers, although I'm a bit bummed that I found no C. J. Cherryh free fiction so I can't really list her.  Still lots of greatness below the fold.  ["Celebrating the Births" is still very much in the "beta" stage so expect many unavoidable omissions.  There are no intentional slights] 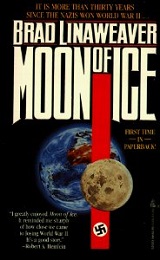 Bradford Swain Linaweaver (born September 1, 1952)
A Nebula nominated science fiction writer and screenwriter for "b" movies, Linaweaver has novels in the Battlestar Gallactica and Domm universes, as well as his own creations.  A couple of his stories are free to read online.


Fiction
At Baen: [via Free Speculative Fiction Online]
• "A Reception at the Anarchist Embassy"
"The speaker was an attractive woman, although Special Agent Palmer didn't approve of her surgically implanted third eye that regarded him from an otherwise placid brow. He couldn't get used to these modern fashions, preferring instead an old-fashioned girl with a wedding ring in her navel."

• "And To The Republic For Which It Stands"
"He wakes in the hot night and turns in bed to see his wife still asleep. Calphurnia is not as beautiful as his first two wives but he loves her more. Her breasts are perfect, smooth hills rising and falling like legions marching over countless landscapes of countless campaigns. He touches them, touches her, and feels a force less terrifying than love. Her sigh reassures him that in her arms, he is accepted; he is at peace." 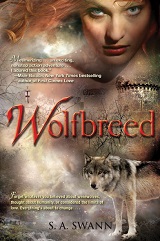 
Fiction
• At Author's Site: "The Long View"
"All one country now, Gregg thought as he paced back and forth outside the TDP building, waiting for the professor. Reunification was a surreal thought. The East had been a separate place, apart from him. The East was evil, repressive. They spoke a different language there."

• At Baen "A Time to Kill"
"Marine Lieutenant David Abrams was a sniper with the 3rd Force Reconnaissance Company. He had the highest operational success rate of any U.S. soldier in the Iranian theater, and coalition-wide there was only a single Scotsman with the SAS who had a better record." 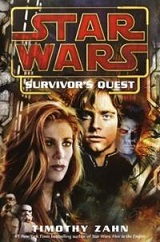 Timothy Zahn (born September 1, 1951)
Zahn is a very well known science fiction author, who won a Hugo for his novella "Cascade Point."  He has published numerous novels, including at least ten in the Star Wars universe.

Fiction
• At Baen: "With One Stone" Science Fiction.
"Lieutenant (Senior Grade) Rafael Cardones stifled a sigh as the Star Knight-class heavy cruiser HMS Fearless slid smoothly into its slot in Sphinx orbit. It wasn't fair, and everyone aboard knew it. After all they'd gone through at Basilisk Station a few months back, and especially now with a shiny, brand-new-out-of-the-box warship wrapped around them, surely the Admiralty could have given them something more challenging than to run endlessly back and forth between Basilisk and the roiling cesspool of political chaos laughingly called the Silesian Confederacy."

• At Baen: "Pawn to King Four" Science Fiction
"The night patrol had been pretty uneventful, Badger Werle thought as he and Dillon de Portola drove along one of the dirt tracks that passed for roads out here in the upper reaches of DeVegas Province. He and de Portola had cleared out two spine leopard nests, killing five males and scattering the females and young, and had taken out one of the predator way stations that were in many ways more troublesome than the nests themselves." 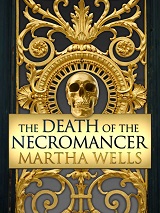 Martha Wells (born 1 September 1964)
The Nebula Award nominated author of The Death of the Necromancer, Wells is an excellant fantasy and science fiction writer.  In addition to original settings, Star Gate, and an upcoming Star Wars novel, Wells' short stories have appeared in Black Gate and Realms of Fantasy.


• The Element of Fire [Novel]
"The kingdom of Ile-Rein lies in peril, menaced by sorcerous threats and devious court intrigues. As the weak King Roland, flattered and misled by treacherous companions, rules the country, only his ruthless mother, the Dowager Queen Ravenna, guards the safety of the realm. But now rumors arise that Urbain Grandier, the dark master of scientific sorcery, has arrived to plot against the throne."

• "Thorns" first published in Realms of Fantasy June 1995
"Coming down the stairs to dinner, I found the governess engaged in battle with my great great grandnephew. The disgusting little boy was wrestling with the poor woman, apparently trying to thrust her over the bannister."

• "Bad Medicine" first published in Realms of Fantasy, June 1997.
"Mac was taking his morning constitutional on the path that led sideways up the mountain. The morning air was cold and clear, and the path's sudden turns took him out onto ledges where the pines dropped abruptly away, and the view of the town cupped in the little valley below made him stop a moment to admire it"

• "Wolf Night" first published in Lone Star Stories, August/September 2006.
"It was the dead end of winter and Parker was riding through the Little Sally pass, his saddlebags filled with a payroll he really oughtn't have, wearing every stitch of clothing he owned and wishing he was someplace warm, like Hell. Up in the highest notch, just before the canyon started to slope down, he saw an old Indian standing alongside the trail."

• "Archeology 101"  first published in Stargate Magazine #8, January/February 2006.
"So. Whatcha doing?" Jack O'Neill asked.  Crouched in the dirt beside a large stone block, surrounded by the tumbled pillars and shattered walls of the centuries-old ruin, Daniel Jackson didn't bother to glance up at him. "Archeology."

• "The Potter's Daughter" first published in Elemental, Tor Books, May 2006.
"The potter's daughter sat in the late afternoon sun outside the stone cottage, making clay figures and setting them out to dry on the flat slate doorstep. A gentle summer breeze stirred the oak and ash leaves and the dirty grey kerchief around her dirty blond hair."

• "Reflections" first published in Black Gate #10, March 2007.
"Crouching on the rocky flat above the streambed, Ilias studied the sandy gravel below for tracks. "I wish this idiot would just give up so we could kill him and go home," he said in irritation.

• "Houses of the Dead" first published in Black Gate #12, July 2008.
"Ilias didn't notice when they stepped over the boundary of the last god's territory."

• "The Forest Boy" 2009 A prequel to The Cloud Roads.
"When Tren was younger, he had been afraid of the settlement's midden. He had imagined every monster from Ari's stories lurking in the piles of broken pottery and rotten fruit rinds."

• "The Almost Last Voyage of the Wind Ship Escarpement"  2011.
"Jai had thought this job was a good idea for a number of reasons, but watching Flaren's face as they waited to meet with Canon Hain, she was no longer so sure. Flaren was grimly trying to contain any emotion, but his desperation was leaking out of him like he was a sieve."

• "Adaptation" 2012. A prequel to The Cloud Roads
"Chime woke to dim dawn light coming in through the air shaft high above his bower. He wanted to sleep more, but his curved basket bed was too hot and crowded. Rill was cuddled against his chest, and she had been here when he went to sleep. But he didn't remember inviting the third occupant. Squinting back over his shoulder, he identified Braid. Grumpy and still half-asleep, Chime nudged the hunter with an elbow. 'What are you doing here?'" 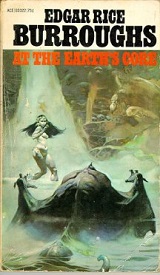 Edgar Rice Burroughs (September 1, 1875 – March 19, 1950)
An adventure / Science Fantasy writer, Burroughs is best known for his jungle hero, Tarzan.  Here, however, he is more celebrated for his more SF stories John Carter of Mars, The Moon Seres, The Pellucidar series, etc.  Unfortunately, with so many of his fantastic works being in the public domain, linking them all is implausible. However, linking to link collections is a start.

Hi Dave
My "For Odin, for Thor, for Asgard" collection of sci-fi short stories is now free on Amazon for the next 4 days:
http://www.amazon.com/For-Odin-Thor-Asgard-ebook/dp/B00AHNE27W

Cool. It will be linked in e-books later today.