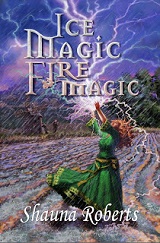 Shauna S. Roberts (born September 17, 1956)
Fantasy, Science Fiction, and historical fiction author. Roberts has a few stories freely available.  Author's quote "My mother never allowed me to babysit. She believed the house could burn down around me and I would be too absorbed in a book to notice."  Her web page is here.

Fiction
• At Space Westerns: "A Llama’s Tale" by Shauna Roberts.
“You’re dumb, and you’re silly looking,” Kella continued. “The only thing you do well is eat. And stink.” As if to affirm this assessment, Buddy let loose a loud burst of flatulence and jumped, startled, at the sound. 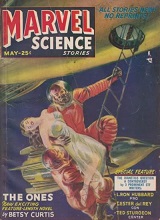 Betsy Curtis (September 17, 1956 - 17 April 2002 )
A Hugo Award nominated science fiction short story writer in the 1950s through 1970s.  A bit more biographical information is here. Only one of her stories is freely available.

Fiction
• At Project Gutenberg: "The Trap" Science Fiction. from Galaxy Science Fiction August 1953
"She had her mind made up—the one way they'd make her young again was over her dead body!" 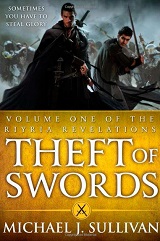 Michael J. Sullivan (born 17 September 1961)
An author of fantasy & science fiction, "best known for his debut series, The Riyria Revelations, which has been translated into fourteen languages." - wikipedia.  His web page is here.


Fiction
• At Author's Site: "The Viscount and the Witch" Fantasy.
"Eleven years before they were framed for the murder of a king, before even assuming the title of Riyria, Royce Melborn and Hadrian Blackwater were practically strangers. Unlikely associates, this cynical thief and idealist swordsman, were just learning how to work together as a team. In this standalone first installment of The Riyria Chronicles"
Posted by Dave Tackett at 12:00 PM